There are over 230.000 species of butterflies and moths in the world. An amazing and breathtaking biodiversity. From half an inch to 12 inches across, they live on average 2 weeks.
We know the status of only about 1% of all these species, but most of them are constantly in danger of disappearing. Habitat loss is one of the leading causes of species decline. A recent study estimates that butterflies populations halved in the past decade only. In 20 years, the population of the Western Monarch butterfly declined by 98%.

Your help
is important

Thanks to your help, since the launch of the Global Butterflies’ Census in January 2021, we have received 737 pictures of butterflies and moths’ species, from  14 countries in the World. 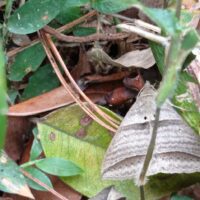 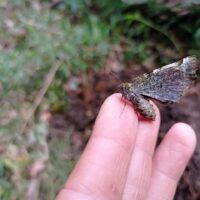 Geometridae sp. - El Tambo - Colombia by Erika 28-09-2021 Family of dark colored moths that fly mainly at night attracted to light sources such as the moon or lamps. 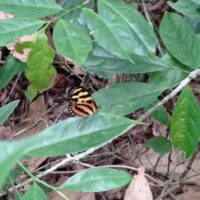 Mechanitis polymnia - El Tambo - Colombia by Erika 28-09-2021 Heliconid of different subspecies present in the rainforests of South America. Its chrysalis is highly coveted by collections as it is golden. 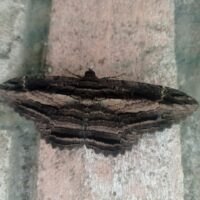 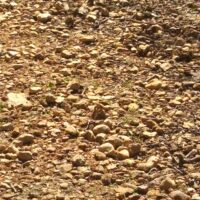 Hipparchia semele - Rock grayling - Laghetto d\\\'Umbra, Vieste - Italy by Clarissa Puccioni 25-09-2021 Satirid species present in coastal areas and in sharp decline instead in the hinterland. This butterfly has four stages before it flickers and depends on sunlig ... 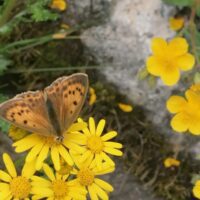 Lycaena virgaureae - Scarce copper - Lesmo - Italy by Lavinia Bianca Dipierro 23-09-2021 Licenid that lives from the plain up to 2500 meters above sea level in alpine areas. The female has a vivid orange livery, while the male has black spots on the ...


Act now to save the butterflies

We need your help to protect endangered butterflies.

Send us your butterfly pictures. Be part of the Friend of the Earth Global Census, and become a butterfly conservation hero.

According to the International Union for Conservation of Nature (IUCN), Italy is the European country that counts the largest number of butterfly varieties, about 60% of all the species on the continent, of which 4% are unfortunately at risk of extinction due to intensive agricultural practices that threaten their natural habitats and to the consequences of climate change.

Friend of the Earth, along with the Polyxena Association, has started “Save Italy’s butterflies”. The project consists of protecting some vulnerable butterfly species via their ex-situ reproduction and the subsequent reintroduction to nature. The ex-situ reproduction takes place at Farfalia, the butterfly house located inside the “Lama degli ulivi” (‘olive blade’) botanical garden in Monopoli (Bari), where the whole cycle is carried out, from the deposit of the eggs on plants to the first flap of wings and to the consequent release into nature. Visitors to Farfalia are involved in educational activities and can participate actively in monitoring the state of the project and the release of the butterflies. Since its opening in June 2016, Farfalia has hosted several species of butterfly, among which: Zerynthia cassandra, Melanargia arge, Hipparchia sborodonii and Charaxes jasius.

The Polyxena Association operates in southern Italy for the conservation of biodiversity through scientific research, environmental education and sustainable tourism. In June 2016, the association opened Farfalia, the House of Butterflies, whose aims are to increase knowledge on some species of endangered native butterflies, identify the elements of threat and find suitable protective measures to avoid their disappearance, providing an innovative tool for environmental education.

This project also has the important objective of experimenting with the breeding of endangered species such as Zerynthia polyxena and Melanargia arge for release into nature, introducing an important potential application to future repopulation projects. In fact, the butterflies bred will partly be liberated in environments suited to their presence and partly remain in the structure to guarantee the succession of generations over time.

The House of Butterflies consists of a structure of 90m2 where a habitat of Mediterranean scrub is recreated inside, ideal for the reproduction of native butterflies. The structure is designed to protect plants and butterflies from predators, parasites and atmospheric agents and to prevent the escape of caterpillars and butterflies.

Initial populating was carried out with specimens at the larval stage, minimising the impact on the sampled populations. The species in question include both common and endangered species on a European level due to threats such as the subtraction and fragmentation of habitats, changes in land use or climate change.

Data for the monitoring of populations was collected during the sampling activity.

To date, about 27 different species of butterflies have been hosted at different stages of development. Many of these species, including specimens of Cleopatra gonepteryx, Artogeia rapae, Papilio machaon and Pieris brassicae, have completed their entire life cycle inside the house.

In addition to providing valuable support to scientific research to provide the most accurate knowledge of the Lepidoptera of Puglia, this project also includes environmental distribution with the involvement of citizens.

In fact, the Polyxena Association has started a program to monitor the populations of Lepidoptera in the “Lago di Conversano e Gravina di Monsignore” Nature Reserve which provides for the participation of visitors. Through the knowledge of the territory, this project aims to make the public aware of the role of biodiversity conservation in environmental sustainability.

Help us conserve the environment! Your support is important.

Donate and contribute to conserving our biodiversity too.