Save the Elephants
Campaign

Once widely distributed through the Savannah and the tropical rain forest habitats in Asia, elephants are the world’s largest land animals. Among them, the African elephants are the largest, weighing up to ten tons, while the Asian elephants aren’t much smaller weighting up to five tons. These huge mammals are instantly recognizable thanks not only to their size, but also their long trunks, large ears, and protruding tusks.[1]

The conservation story of elephants has a lengthy historical context. In the nineteenth century elephants numbered 10 million, but their populations drastically dwindled when the ivory rush started, which decreased their population to only more than 400 thousand individuals worldwide.[2]

In recent years, elephants have suffered from poaching for the illegal ivory trade, Trophy Hunting, poisoning, and hunting due to conflict with local populations, and habitat fragmentation due to intensive agriculture, breeding and infrastructure development.[3]

The recent solution that CITES proposed during COP17 regarding the closure of domestic markets, including that in China, has led to the displacement of the ivory black market to neighboring countries where the trade remains unregulated.

Many African, Asian, European and US countries have opposed the ivory market by destroying tons of tusks confiscated by the authorities. All this, however, is not sufficient to unmask corruption and hidden criminal actions.[4]

Tourism is also one of the causes of their decrease and of the poor mental state that prevents their reintroduction. Unfortunately, many agencies in Asia still allow tourists to ride elephants, captured in their natural habitat.[5] 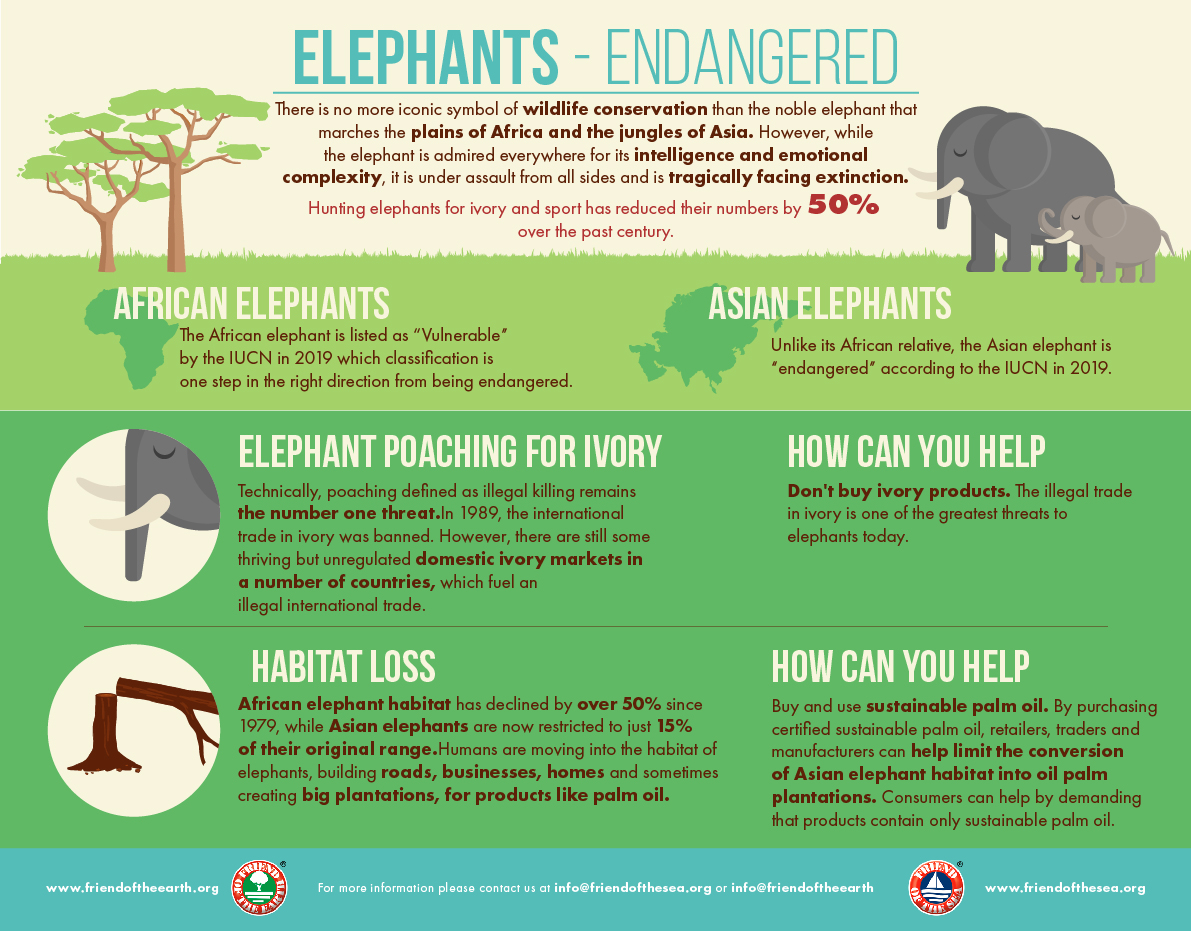 Constant studies by zoologist Paul Allen, who is part of the Elephant IUCN Specialist Group, have brought to light that populations of African elephants are generally stable, with some even steadily rising, but the animals remain in danger due to the ever-present threat of poaching, habitat destruction and human-wildlife conflict.[6]

Asian elephants are listed by the IUCN as Endangered with populations continuing to decrease, largely due to habitat loss and human-wildlife conflict.[7]

Elephants are ecosystem engineers. This means that they have notable effects on ecosystems, impacting the habitats of many other species. Because of their large size and behaviours, elephants can completely transform areas of their natural habitats. The animals knock down trees to feed on the branches they can’t reach and regularly peel off tree bark to consume.

Elephants also dig deep holes when they are looking for water, have an important role in improving soil condition, and are fundamental in the dispersal of some types of seed.

If African or Asian elephants were to go extinct, there would be serious environmental consequences, likely impacting on numerous species of both flora and fauna.[8]

Elephants have been a focus of conservation organizations around the world for decades now, and for African elephants in particular, the work has been paying off. Nevertheless, the threats to elephants are evolving and new approaches need to be taken to protect the remaining populations.

Organizations are also working with governments and non-governmental groups in Africa and Asia to reduce habitat loss caused by construction. Most elephant populations now live in protected areas, but consideration is also being given to transboundary conservation areas, where elephants can roam free.

Many recent efforts have focused on the need to reduce conflict between humans and elephants. Conservation organizations are testing innovative ways to protect crops from being raided by elephants, such as warning systems and new fencing options.

The World Sustainability Organization’s Friend of the Earth project provides financial support for the Game Rangers International (GRI), a non-profit organization established in Zambia in 2008. Its mission is to empower rangers and local communities to conserve nature thanks to numerous programs. One of these is focused on the Elephant Nursery in Lusaka where orphan elephants, whose mothers have been poached, are rehabilitated. 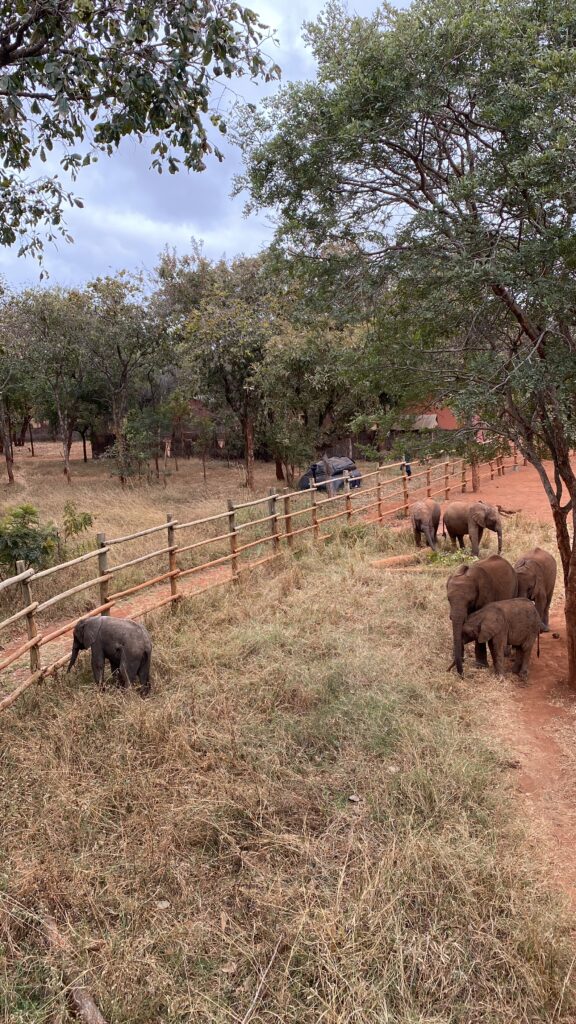 By raising funds and awareness, we are helping GRI to support rangers involved in anti-poaching activities and training to improve their conservation skills, and also the entire elephant conservation program. Our collaboration will help maintain the necessary expenses at the Elephant Nursery, thus facilitating the release process of all orphans in Kafue National Park.