Save the RHINOS
Campaign

The rhinos are a group of animals which usually weigh over one ton. They possess a small brain (400-600 g), one or two horns and an unusually thick skin (1.5-5 cm) composed of collagen. They are herbivorous, mostly solitary animals while few species roam in small groups mostly females.

According to IUCN, there are 13 species of rhinos worldwide. Among them, four of the species dwells in forest. Various other habitats of forest, savanna, shrubland, grassland and wetlands are among places where rhinos prefer to live. As they like to roll over in the mud to cool their body and protect them from various parasites and sunburn, therefore they often live close to water bodies.

There is a range of factors which are responsible for the descending trend of the rhino population.

Besides, biological resource use such as hunting and trapping as well as deforestation in terms of logging and wood harvesting are having a hindering effect on the rhino population.

They are under threat from poachers and more than 1000 rhino have been illegally hunted in 2018 in South Africa. 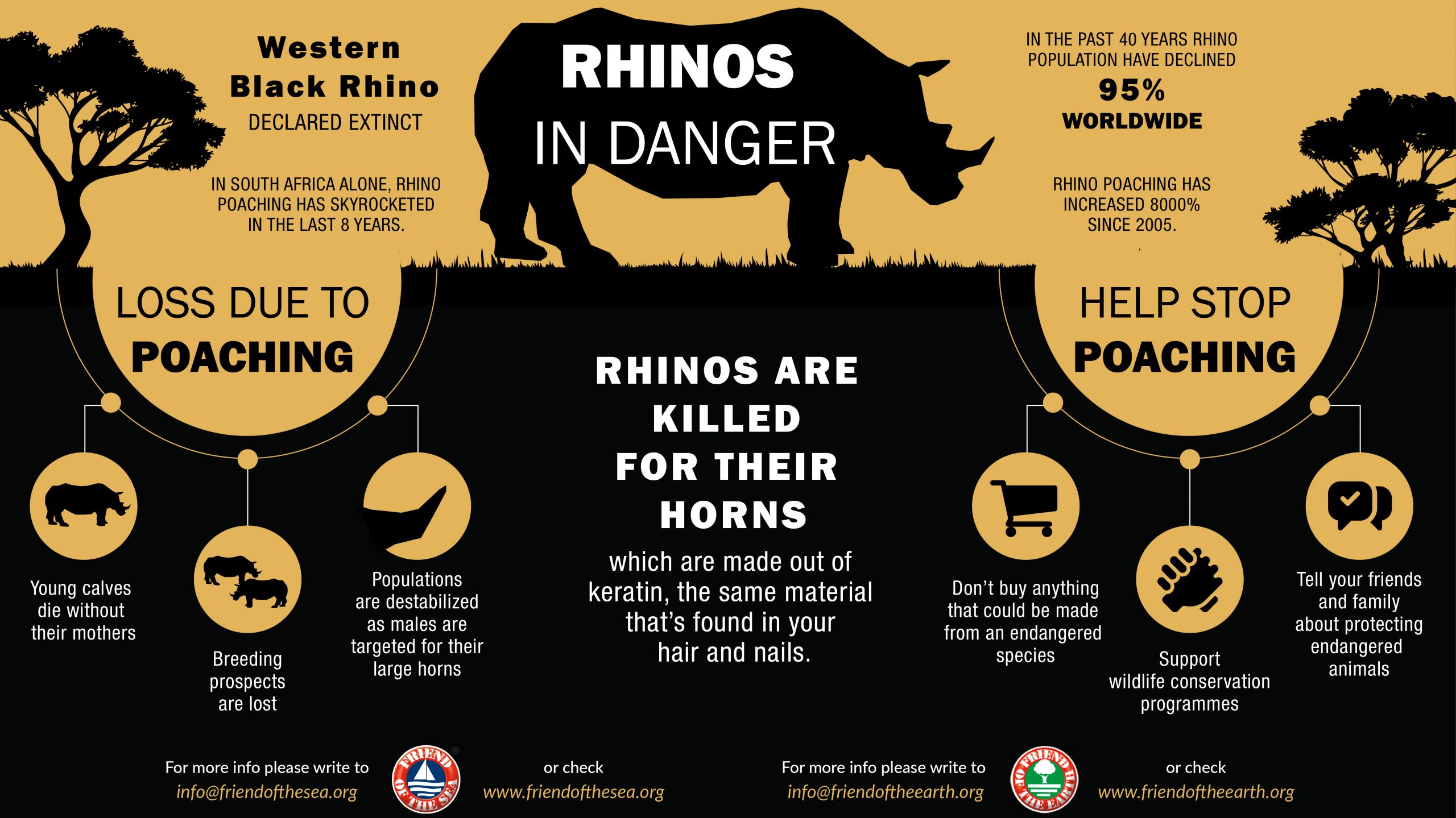 At present, there is no adequate data on population trends for six of the 13 species. It is a matter of distress that three of the species namely Black Rhinoceros, Sumatran Rhinoceros and Javan Rhinoceros are currently enlisted as critically endangered whereas another species named as Indian Rhinoceros is categorized as vulnerable.

The threatened rhino species could be preserved by taking several measures.

Firstly, site/area, resource and habitat protection/management would ensure that their natural movement and reproductive activities are progressing steadily.

Besides, species management activities such as harvest and trading restriction are crucial in this direction.

In addition, species re-introduction through captive/artificial breeding is also a call of the day.

Research on the taxonomy, population size/distribution/trends, life history as well as monitoring on habitat and population trends would be key in fighting extinction treat of various rhino species.

Scientific breakthroughs such as IVF, gene editing, stem cell research, etc. in the field of genetics and cell biology would be highly useful which is being tried to save the Northern White Rhino from the sperm of its last male which died in 2018. Usage of GPS and drone technologies can also have a positive impact on tracking threatened rhino species.

Moreover, there are 150 countries in the world which signed the Convention on International Trade in Endangered Species (CITES) to prevent trading of wild animals if they are under extinction threat. The Rhinocerotidae species is currently enlisted in CITES and the relevant legislation needs to be implemented. Other local and national laws to prevent poaching should be introduced sooner rather than later.

Finally, massive awareness activities through formal education, training and campaigns in social/print/electronic media needed to be carried out.

WSO Friend of the Earth project is carrying out initiatives to  safeguarding threatened rhino: