Save the Giraffes
Campaign

The giraffe is the tallest land animal on the planet at almost 6m in height! It feeds on acacia leaves and its prehensile tongue is blue[1], a rare color in nature with the role of defense from the powerful African sun rays.[2]

Habitat degradation is a major factor in the decline of populations. These issues arise from an increasing human population and conversion of land to agriculture and man-made structures, including buildings and roads.

Giraffes are also hunted for their meat, demanded by local communities. In some African cultures, giraffe tails are also used as “good luck” charms.[3]

Once distributed throughout the African continent, the giraffe is now localized in only a few countries. In the 2016 IUCN had simply cataloged it as Vulnerable (VU), while in a 2018 update all species and subspecies changed the wording to Near Threated (NT), Endangered (EN), Critically Endangered (CR).[4]

The populations have declined 30% over just15 years and in some areas as much as s95%. There are now approximately 117,000 giraffes left in the wild. The remaining herds are fragmented and face a multitude of threats, from habitat loss to poaching.[5] 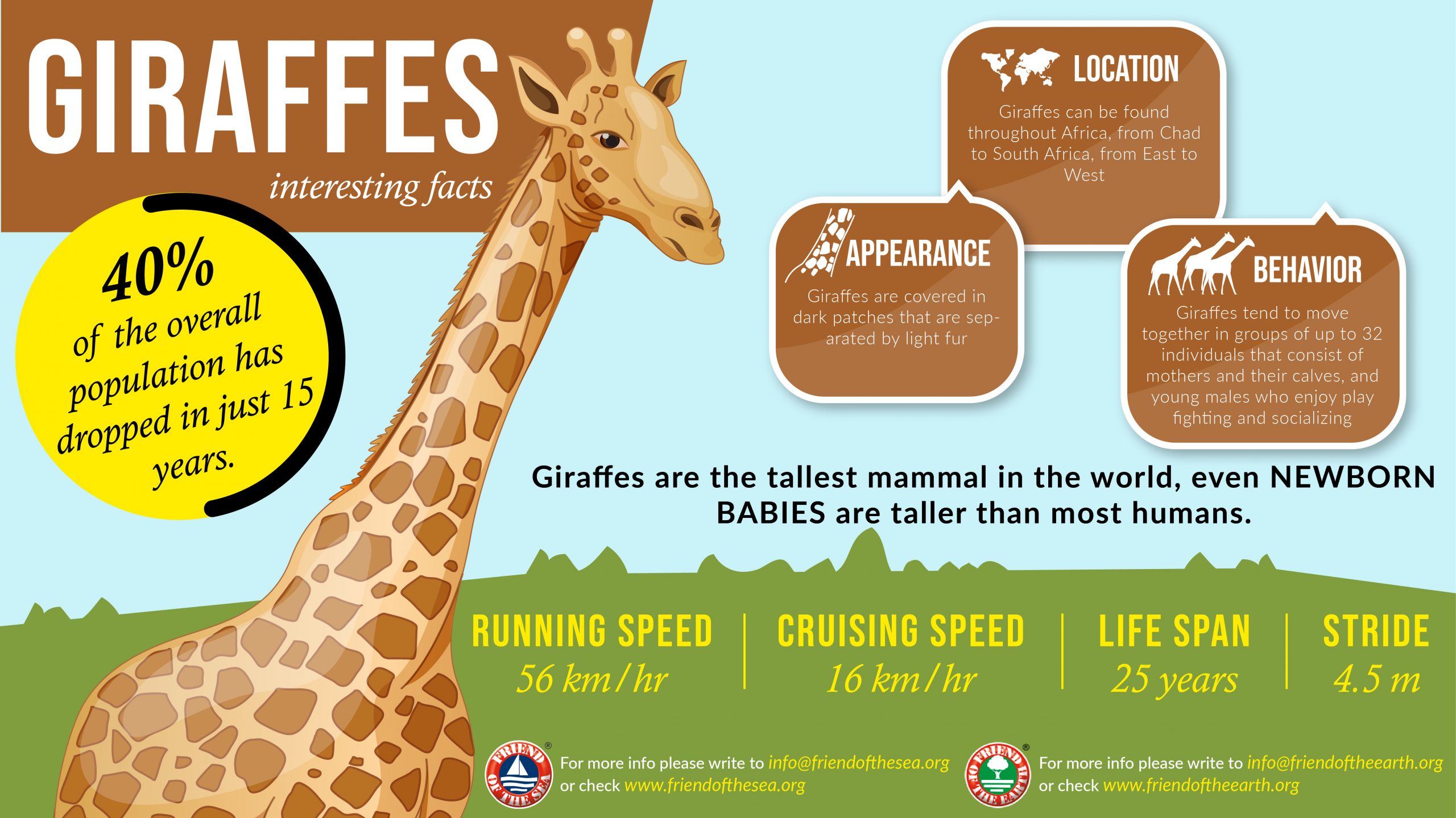 Giraffes are known as keystone herbivores. This means that they have a pivotal role in the ecosystem that cannot be filled by other species.

Conservation efforts to save giraffes are largely focused on habitat protection and anti-poaching campaigns. Efforts are underway to reforest key areas with acacia trees – a favorite of the giraffe.

Further scientific research is needed to improve the understanding of the requirements of the four species of giraffe and identify the key threats.

Social studies are underway to garner a better understanding of the use of giraffes in traditional medicine and for bush meat and how the animals are viewed by local populations.

WSO Friend of the Earth carries out the following activities to protect giraffes: