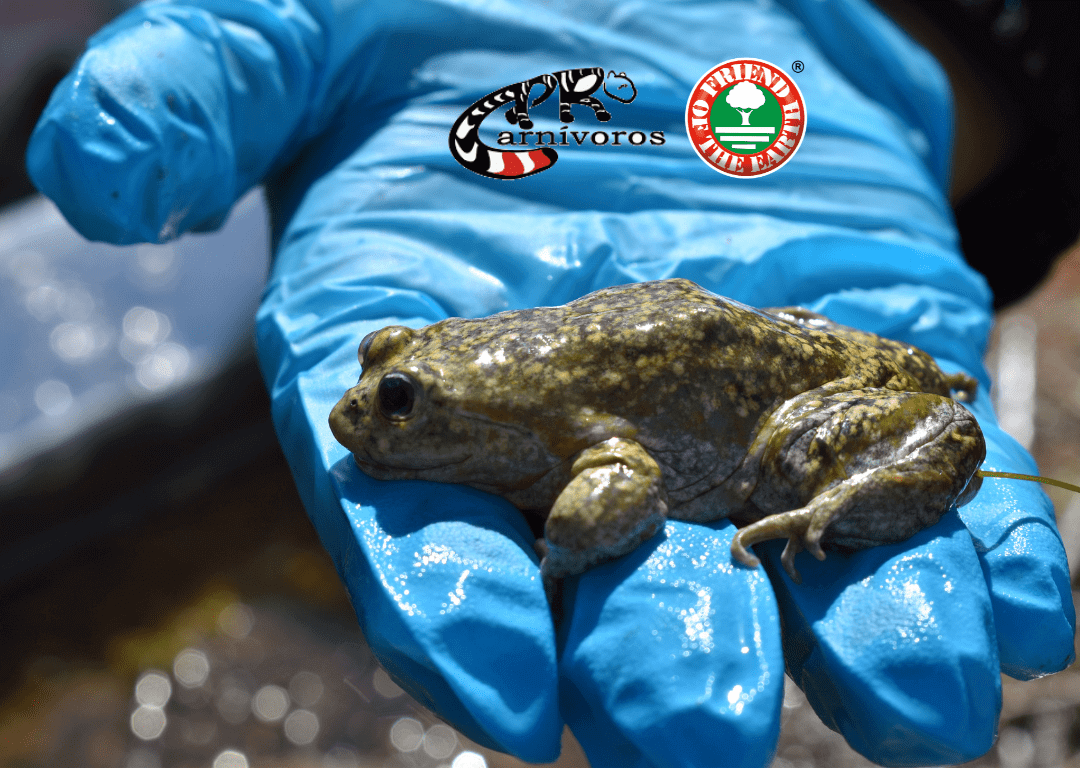 In the 1970s, French explorer Jacques Cousteau estimated that Lake Titicaca, between Peru and Bolivia, contained more than one billion Telmatobius culeus, the Latin name for the giant frog endemic to the lake. Today the situation is profoundly different.

The Titicaca frog is no exception to the global trend of drastically declining frog numbers. The International Union for Conservation of Nature (IUCN) has estimated an 80 percent decline in the species between 2003 and 2018, and, for this reason, has placed the Lake Titicaca frog on the Red List of Threatened Species, indicating it as being in “critically endangered” status.

Friend of the Earth®, a project of the World Sustainability Organization, has, therefore, launched a partnership with the Peruvian nonprofit Pro Carnivoros to protect the giant frog.

Founded in 2014 by Paolo Bray, Friend of the Earth® promotes sustainable farming practices and certifies products from environmentally and biodiversity-friendly agriculture. In addition, WSO’s project contributes to conservation campaigns for endangered species, such as Save the Frogs.

And in its work of selecting initiated conservation projects to provide support and funding, Friend of the Earth® chose Pro Carnivoros to help in the local activity of saving the Titicaca frog from the risk of extinction.

Pro Carnivoros works to disseminate scientific knowledge to the community, promoting sustainable development in the area of influence of its projects. Furthermore, to raise awareness of the importance of predatory animals within the ecosystem and for conserving their habitats.

The Titicaca giant frog is among the largest aquatic amphibian in the world, its body can measure up to 14 centimeters, and its skin is soft and wrinkled. The color of its back varies from uniform olive to irregular dark, with different patterns that may be white or gray spots or dots. It has tiny lungs and breathes through various skin folds, an adaptation that allows it to remain underwater without coming to the surface for air.

Like most amphibians, it is a crucial ecosystem species because it plays an essential ecological role in transporting energy from the aquatic to the terrestrial environment. Likewise, feeding on insects, the Titicaca water frog regulates their populations.

However, there are several threats to its existence. First, the Titicaca frog has been heavily affected by pollution and over-exploitation of the soil. Over the past two decades, agricultural, mining, and urban activities carried out by humans have contaminated the lake, causing mass die-offs. In addition, a sudden increase in demand for frog juice has pushed hunting and consumption of the Titicaca frog beyond control and accelerated the species’ decline. In fact, according to local traditions, frog juice is considered a medical cure but is obtained illegally.

Pro Carnivoros’ project to defend the Titicaca giant frog involves medium and long-term activities. One of the goals includes sampling lagoons near and far from Lake Titicaca, where isolated populations of giant frogs still need to be studied.

Thanks to the Friend of the Earth® donation, it will be possible to purchase sampling materials such as scuba diving suits and snorkels. In addition, pro Carnivoros will also be able to cover transportation costs to the Lagunillas area, where environmental education activities are carried out, and to create outreach materials for children and youth, such as flyers and coloring books.