Things We Can Do to Save Endangered Species and Prevent a New Wave of Extinction. 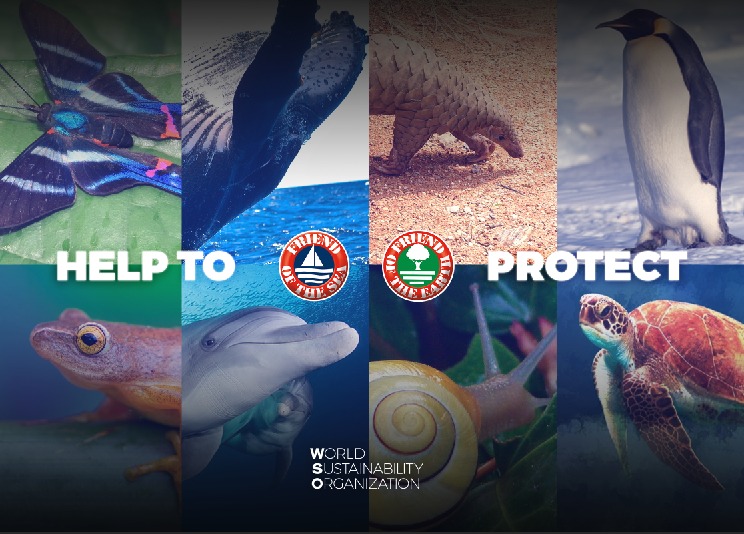 More than 37,000 species are threatened with extinction. On Endangered Species Day, help us save together the species at risk by supporting the World Sustainability Organization conservation projects. Here’s what you need to know about the most threatened species on the planet and how to help them.

From an adorable panda to a white shark, from a Tristan albatross to the Titicaca water frog and pangolins, these are all endangered species, which means they are under a real threat of extinction if nothing is done to prevent it.

As we look at images of dinosaurs and wonder what these incredible creatures looked like, one day, our sons and grandsons might stare at the picture of a tiger and ask why didn’t we make enough to save them.

For this reason, every third Friday of May, we mark Endangered Species Day. It’s a date to raise awareness about the species in danger, but most importantly, to take action to protect the biodiversity of our planet. The World Sustainability Organization supports conservation projects to restore the population of species under threat and prevent others from becoming endangered.

But, which are the most threatened species? The main reference to answer this question is the IUCN Red List of Endangered Species. Established in 1964, it’s the world’s most comprehensive information source on the status of animal, fungus, and plant species. The list is being continuously updated by scientists who so far have assessed more than 134,000 species. Their studies reveal some shocking facts:

– In the last 500 years, more than 900 species have been forced to extinction by human activity.

– Currently, more than 37,400 species are threatened with extinction. That’s 28% of all assessed species.

Extinction is not a remote possibility. For species in a critical situation, it could happen as sooner as in the next ten years. In December 2020, the IUCN announced 31 new extinct species.

However, extinction is not inevitable, and we shouldn’t be discouraged from acting. Good news from conservation projects shows that endangered species can recover. As recently as last year, the European Bison, Europe’s largest land mammal, came out of the threatened category thanks to conservation efforts. This is why the World Sustainability Organization supports concrete action to save endangered species around the globe. We create campaigns to raise the public’s awareness and pressure the authorities; we also commit to conservation projects, and we need all the help we can get.

THINGS YOU CAN DO TO SAVE ENDANGERED SPECIES

-Preserve natural habitats by supporting sustainable agriculture, fishing, and aquaculture. You can search for Friend of the Earth & Friend of the Sea certified companies and products

– Make sure the products you consume are not responsible for over-exploitation, hunting, trafficking, or extraction.

– Choose one (or several) of our campaigns and help us spread the word. You can sign the petitions, share on social media, talk to a friend.

This website uses cookies to improve your experience while you navigate through the website. Out of these, the cookies that are categorized as necessary are stored on your browser as they are essential for the working of basic functionalities of the website. We also use third-party cookies that help us analyze and understand how you use this website. These cookies will be stored in your browser only with your consent. You also have the option to opt-out of these cookies. But opting out of some of these cookies may affect your browsing experience.
Necessary Sempre abilitato
Necessary cookies are absolutely essential for the website to function properly. This category only includes cookies that ensures basic functionalities and security features of the website. These cookies do not store any personal information.
Non-necessary
Any cookies that may not be particularly necessary for the website to function and is used specifically to collect user personal data via analytics, ads, other embedded contents are termed as non-necessary cookies. It is mandatory to procure user consent prior to running these cookies on your website.
ACCETTA E SALVA