Snow Leopard Day is on October 23. 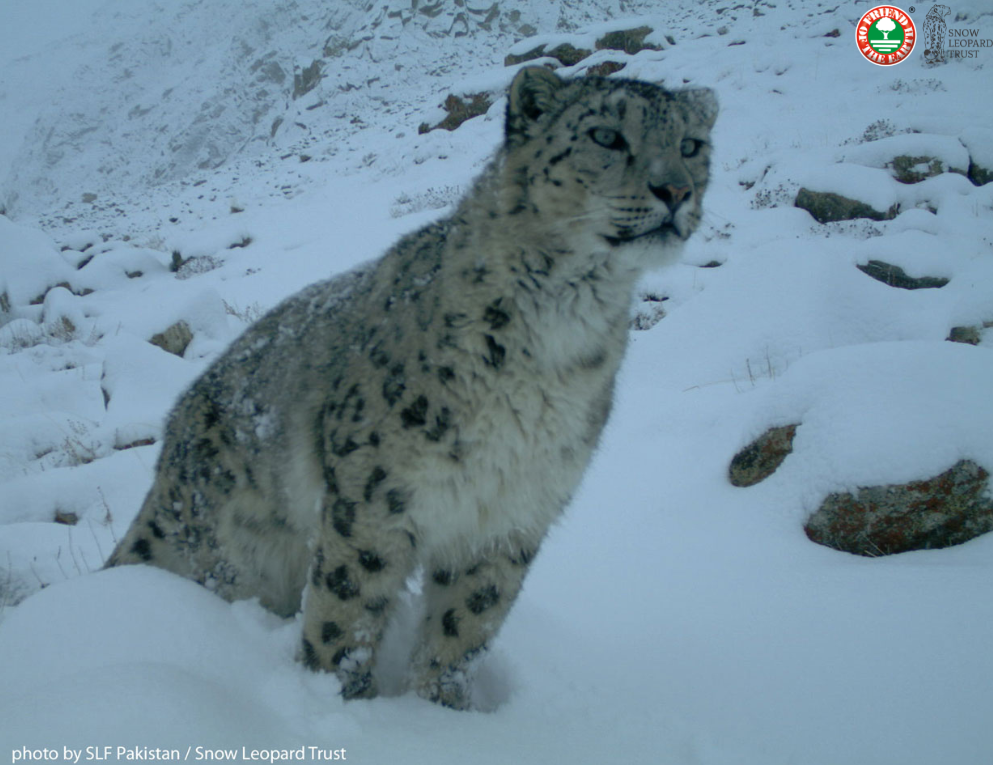 It has rosette-shaped patches on Its thick, smoke-gray coat. Its tail, which can be as long as its body, is used as a scarf in the winter, wrapped around its muzzle to protect it from the harsh temperatures of its habitat: the mountains of central Asia. Its blue, green, or gray eyes stand out against the yellow or orange eyes of other big cats.

On World Snow Leopard Day (October 23), Friend of the Earth®, a World Sustainability Organization, (WSO) project, wants to raise awareness about the need for collective action to protect this animal. In fact, the Snow Leopard has been listed as “vulnerable” on the International Union for Conservation of Nature’s (IUCN) Red List of Threatened Species since 2016.

Founded in 2014 by Paolo Bray, Friend of the Earth® promotes sustainable farming practices and certifies products from environmentally and biodiversity-friendly agriculture. In addition, WSO’s project contributes to conservation campaigns for endangered species, such as the one dedicated to big cats.

The goal of Friend of the Earth® is to raise awareness of the major threats to the Snow Leopard (Panthera uncia) and other felines (tigers, lions, and jaguars, etc), such as hunting and illegal human trade. As a result, over the years, Friend of the Earth® has organized campaigns on online platforms and formed partnerships with specific organizations around the world, including the U.S.-based Snow Leopard Trust, (SLT).

According to the Foundation’s data, between 3,920 and 6,390 Snow Leopards may be left in the wild. Unfortunately, there are several threats to the life of this solitary and elusive animal, active mainly in the crepuscular phases of the day, dawn, and dusk, and not known to be aggressive toward humans.

Yet it is precisely human activity that proves to be the most dangerous to the survival of the Snow Leopard. From the illegal hunting and trade of its fur and bones, which are primarily used mainly in traditional Chinese medicine, to the slaughter of the Leopard’s primary prey: wild sheep and goats. From the loss and degradation of habitat due to mining to felines being killed because they are deemed a threat to livestock. Added to this is the melting of ice due to climate change.

The mountains are the Snow Leopard’s natural habitat. The plants on their paws act as snowshoes, keeping them from sinking into the snow, and the thick fur keeps them warm.

China is one of the most important territories to focus conservation efforts on because it contains 60 percent of all Snow Leopard habitat areas.

Friend of the Earth®’s commitment to protecting this big cat manifests itself in global initiatives. Community awareness campaigns through online events, signature gathering on digital platforms against hunting for the use of parts of the animal in traditional Asian medicine, and proposals to protect prey populations, as the food sources of Snow Leopards are all examples of community outreach. Friend of the Earth® also selects initiated conservation projects to provide support and funding.