Save the Frogs
Campaign

Frogs are cold-blooded members of the amphibian group. They lay eggs in water. Since their larval stage, tadpoles have tails and internal gills that allow them to survive underwater. They develop lungs at a mature stage and thereby can live both in terrestrial and aquatic habitats. Their skin is covered with mucus which assists in skin protection and keeping it moist. The frog population serves as a good indicator of ecosystems’ health as they are responsive to atmospheric alteration. They live in a variety of environments including tropics and subtropics while the tropical rainforest has the greatest abundance of this species.

Various factors are responsible for the downward trend in frog population globally. The most prominent of these are unsustainable agriculture and aquaculture practices. Besides, resource exploitation such as hunting, trapping, logging, and wood harvesting, fishing, and harvesting aquatic resources also contribute highly towards this cause. Human activities such as industrialization, urbanization, tourism, mining, oil/gas drilling, constructing dams/roads/railways are also among the causes that are having a serious impact on frog populations.  Other threats arise from invasive and problematic species and various pests and pathogens, such as the chytrid fungus. 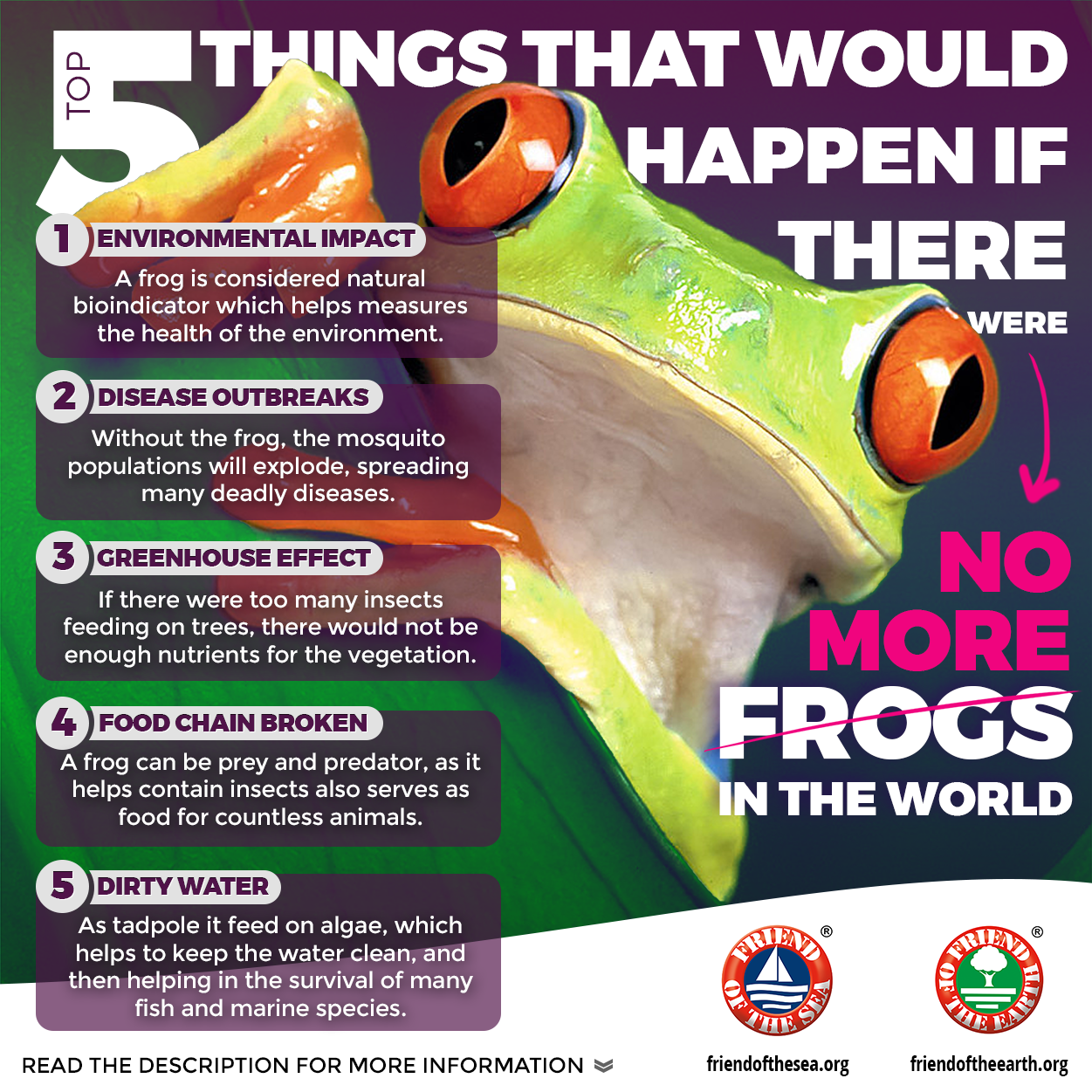 8.6% and 14% of all frog species are listed as critically endangered and endangered respectively whereas 9.5% are vulnerable which is a concerning situation considering their ecosystem importance as both predator and prey. Colombia, Mexico, Ecuador, and Haiti are at the top of the list harboring critically endangered species which account for 72, 26, 43, and 31 respectively. 0.5% of the total species became extinct amounting to 32 where 18 of those were from Sri Lanka.

To save the critically endangered and endangered frog species, it is necessary to take multiple actions. First and foremost, the natural breeding cycle and propagation of frogs need to be ensured by conserving their current habitats. This could be achieved by taking policies and strategies of industrialization, urbanization, and farming that are eco-friendly especially towards the frog population. Habitat restoration by constructive management of national parks, wildlife sanctuaries, protected in-land water bodies is essential.

Moreover, a control mechanism against pathogenic diseases as well as invasive species remains crucial. Similarly, ex-situ conservation practices such as captive breeding/artificial propagation, genome resource bank formation may have a positive impact on frog growth. The spotted tree frogs which were being decimated by the amphibian chytrid fungus were saved from extinction by a team of scientists from the Amphibian Research Centre in Melbourne through captive breeding and they have since been re-introduced in the Kosciuszko National Park after 15 years.

The convention on International Trade in Endangered Species (CITES) is an agreement between 183 countries that prevents trading of wild animal species if their survival is threatened, and these regulations need to be implemented properly as frogs are consumed as human food in many places. Other national and local legislations need to be introduced as well. Finally, raising awareness through formal education, training, and engagement with various bodies of relevant stakeholders is vital to abate prevailing threats towards the frog population.

Pro Carnivoros is a non-profit association dedicated to the preservation of carnivorous animals and their environments. Using research as a tool for knowledge socialization in the community, we promote sustainable development within our sphere of influence, which includes our projects. Making the importance of carnivorous animals within the ecosystem known, to conserve their habitats and value the ecosystem services they provide. 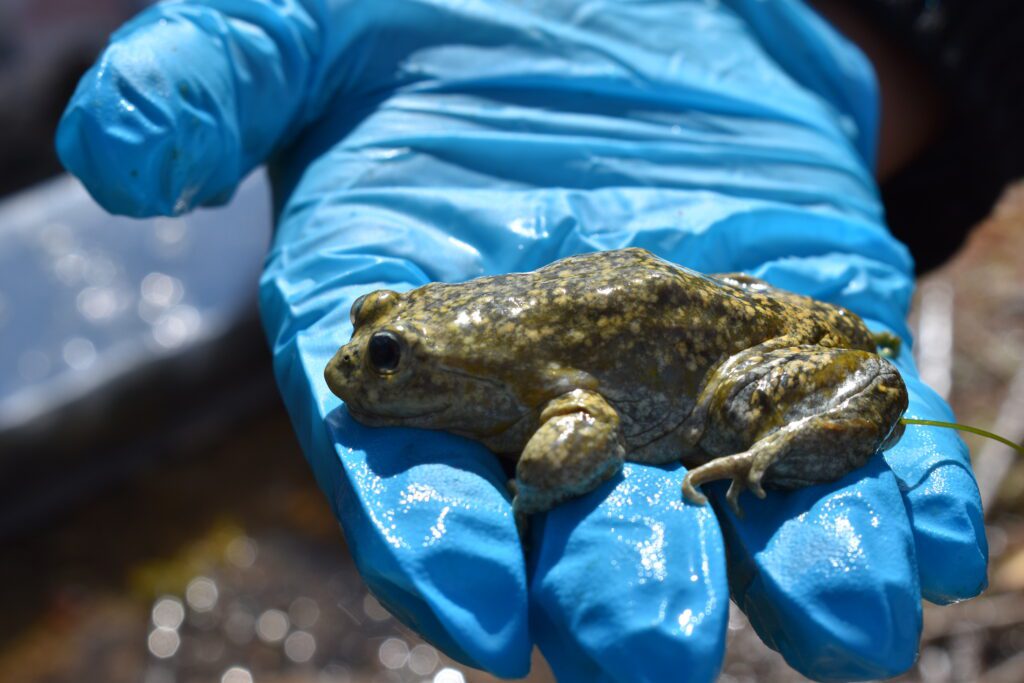 The WSO-Friend of the Earth funds the Pro Carnivoros by purchasing the materials required to continue the investigation into the Titicaca frog (steamer, boots, gloves, snorkeling equipment, digital caliper, etc.).